BAIL BUT NOT BAILED! IS THIS A NEGOTIATED BAIL FOR NNAMDI KANU? 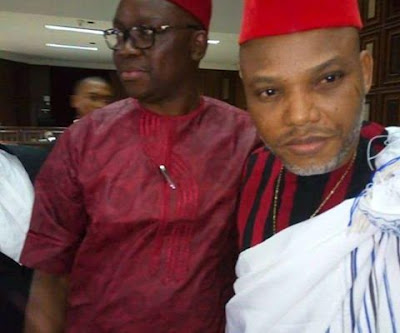 With the supposed release of the Director of Radio Biafra on Bail one will be forced to ask "BAIL WITH STRINGENT CONDITIONS IS THAT ONE BAIL?" Is it not better that he remains in custody until the end of his trial? Abeg which one is better? I will need my Lawyer Friends to educate us on these conditions. They should be able to advise us if it is better to be granted bail with these conditions or to be denied bail and speed up his trial?

Ok, let us look at these conditions one after the other.


Meanwhile, three of his comrades are still been denied bail! How does this work in this country? Is it not the same offense and negotiation? Ok, the Judge say na because Nnamdi Kanu no well na eim make dem grant am bail abi? 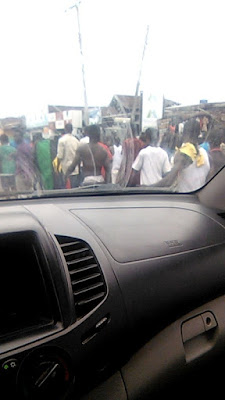 You can interpret this celebration as premature while another could interpret it as Step One Victory. But, my questions are these;


In conclusion, what do you think about all these things?

Meanwhile, I hear say Fayose follow go court. Is he now among the IPOB Members? According to my friend Gaius Lawrence;


"Truly History will never forget this strange happening,.no governor from southeast, south-south even southwest or any of the emergency callers for release of Nnamdi Kanu's were present but the true and fearless freedom fighters Ayo Fayose and FFK."

Thank you for stopping by. See again soon.
Kindly drop your Comment in the Comment box below. Keep your fingers crossed as more stories on unfold on Matters Arising.