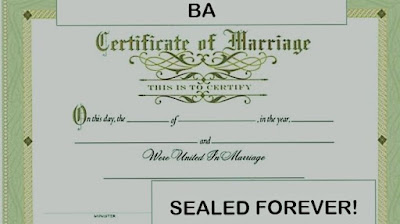 Happy New Week my wonderful people. Welcome to this week’s Story on Everyday People. I must apologize for not bringing this Story last week Monday. It was on my fingertips but the fingers didn’t get the instructions to type the story. We shall make up for this!

This week’s story is a story that you should read carefully. In life, you need to define what your goals and motivations are. One very senior Lady who was very due for marriage decided to get marriage when she saw the man she has been waiting for all these years. When it comes to waiting for Prince Charming, I wannna wonder what exactly the Waiter is looking for in the Waitee. And when the Waiter finally gets ringed, I also wanna wonder if she actually got what she waited for or she went for the best manageable available Waitee.  This Lady, who was doing very well in her profession decided to marry a young vibrant man from another tribe. The Young man had just finished Bible College and graduated as a Pastor.

POINT ONE: This Lady had always desired to marry a Pastor!

Hmmmmmm? Back in the days, Ladies don’t even want to hear the word Pas not to talk of Tor. You hardly hear a lady desiring to be a Pastor’s wife. But today almost every church lady wants to marry a Pastor! So, what was the motivations for this Lady desiring to be married to a Pastor?
Pastor are making serious Money now unlike those days.
She has a strong desire to win souls and be a mentor to many
She has a Call from the Lord
She wants to be a Parish Mummy so that they will be calling her “Mummy Mummy”
What do you think actually made her to desire a Pastor? Abi na crime to marry Pastor?

So, this young Man (from another tribe) was engaged to this our Matured Career fulfilled lady. They were both in the same Church and so the process was not a difficult and tasking one. This man had no Job but told the Lady that He had QUALIFICATION when the Lady asked her “which qualifications to you have?”
Many years into the marriage, the man was not still working but was very active and zealous in the Church. He was an assistant Pastor and very vibrant in the Ministry. With Two to three Kids down the line the Family was established as a good family. This was the life that this woman wanted. She didn’t bother if the Man was working or not as long as her income was able to take care of the family’s needs. She was happy to be a Pastor’s wife and of course “mummy mummy”.

Years, times and seasons went by. Then one day, the Lady asked her husband to give her his CV so that she can talk to her people to get him a white-collar job. What? After how many years? I thought this woman was just comfortable with marrying a Pastor? Now let me tell you in case you don’t know. It is not in all the churches that the Pastors earn salaries. In some churches, they have Full Time Pastors and Part time pastors. The full time Pastors are the ones that earn salaries from the Church and they can be transferred to any Country, State or City. The Part Time Pastors can only be transferred within the City that they are based and have their normal paid job. It will be somehow to transfer a man who is working in a Company in Lagos to a branch of the Church in Lokoja. So, our Young Vibrant Pastor was a Part Time Pastor in this church.

So back to the CV gist.

The woman told the husband that she is suspecting that very soon they give him a full branch of the church to pastor and it is good that he gets a Paid Job before that happens. Where was she getting her info from? Why didn’t she talk of the job thing all these years? Well, for me, she had good intentions for the husband because when the branch starts to boom and progress and the Pastor is living well, people may think that he is eating from church money. So, the idea of getting him a job is key.

Oya, Bro bring CV naaa. Na there wahala come burst. The husband brought the CV and gave to the wife. The wife asked the man for his credentials and certificates. Of course, you should be sure to see the Bible College Certificate. The woman asked the man to give her his degree certificate. Na there yawa gas! The man has no Degree Certificate. The woman got mad and accused the man of deceiving her. The man defended himself that he did not deceive the woman and will never do so.  The woman got furious and reminded the man that she asked him the qualifications he had when they were about to get married. The man accepted that he was asked but equally gave her a response that he has “BA”. The woman then asked the man to provide the certificate for the BA.
My people! See gbege ooo!

POINT THREE: Did this woman ask the Man what actually he studied in the University? As in “BA in what?”

1. Maybe she was desperate to get married and didn’t bother to ask him “BA in what Discipline”
2. Maybe she just wanted to marry a Pastor and that was her motivation
3. Maybe she felt that there is no how this young, vibrant, handsome and brilliant man won’t have a university degree?
Maybe it was an oversight!

So, is it possible to live with your spouse for several years without knowing the course he or she studied in the University? How possible? No discussions! No University gist? No NYSC gist? Even if he did a part time program, gist go still dey naa! I guess the only thing that this couple discussed was just the career in Pastoring. I assume so. I also think that the issue of getting the man a job was as a result of what other Mummies suggested to her. I believe so!

The woman was curious to find out what BA the husband acquired from the higher institution. The man told her to calm down and that he told her he had BA and that she didn’t bother to know what BA means.

The last thing I heard from this story was that the woman packed her things and left the man. Whether they divorced, separated, living apart or back together, I don’t know! What In know was that the woman said the man deceived her and that she was living the man. So, you see, BA was the Woman's Marriage Certificate ooo! The man had BA and he is a Pastor. What else can she ask for?

FINAL POINT: Was she supposed to leave the man?

I thought she wanted to marry a Pastor? What changed?

As I conclude this story, there some questions you should help us answer and possibly advise the couple and other intending couples.

1. DID THE MAN LIE TO THE WOMAN WITH THE BATHING?
2. DID THE MAN ACTUALLY DECEIVE THE WOMAN?
3. WHY DID YOU THINK THAT THE WOMAN NEVER BOTHERED TO KNOW WHAT BA IS UNTIL NOW?

Drop your comment on the comment box below and tell us what you think?
Thank you for stopping by this week.