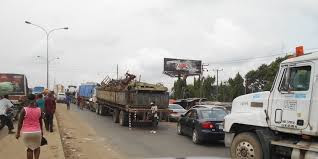 Magic of this Morning!

There are two bus stops that are close to each other at School To Land Ireibe; OKRA MARKET Bus Stop and SCHOOL TO LAND Bus Stop. It's normal to see the two Bus Stops Crowded in the Mornings especially on OILMILL MARKET DAY like this Morning! Usually, Taxis and Buses stop at those two Bus Stops to Drop or Pick Passengers.

So, this Morning, a Taxi dropped a Woman IN-BETWEEN the two Bus Stops. Passengers from the two Bus Stops began to move towards the Taxi from both ends just to take over the One Chance. But to everyone's surprise the Taxi Zoomed Off without carrying anybody. Hehehehehe!

In a Flash of Seconds the woman that happily came down from the Taxi started behaving strange. H


er face changed to someone who has lost a fortune. She called a bike man and asked him to Pursue, Overtake and Recover. The Bike Man took off with the woman who was almost crying!

People started speculating if she will catch up with them or not because the car was no more in sight! Some said the car will even turn back.

Someone then said, "Na them, One Chance People, thieves"! 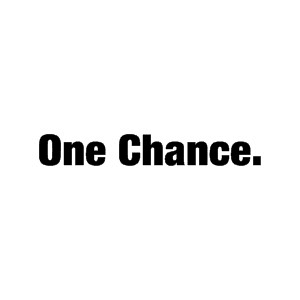 #MyThought1
So, all those men in that Taxi are ONE CHANCE PEOPLE? Wait! That is their daily job?

#MyThought2
Would it be out of place if all the Bike Men at those Bus Stops Pursue that Taxi? Because up ahead is a major Police Checkpoint. At least the Woman will have Witnesses!

I guess she is on her own!

Hey guys we need to be careful ooo!
People are not joying ooo! Imagine full grow men doing such petty things as One Chance to a woman who even looks hungrier than them! It is a wa ooo!

1. Please look well before you enter Taxis and Buses.
2. Even when you enter, be slow to jump into any trending discussions in the vehicle
3. Always be smart and ask to drop when you notice any strange movement in the vehicle
4. Please SHOUT SHOUT SHOUT and SCREAM when they refuse to drop you!
5. Try and go to the Bus stops to enter Buses and Taxis and listen to you instinct!

This was how my little beautiful cousin entered one Chance on Jamb day last year oo! Just from her Jamb Center she decided to pay me a visit before going home. The girl fair like oyibo and her ajebo been dey chill inside freezer! She enter the car and they started discussing changing of dollars and pounds ooo! Them don see Oyibo naa! One said he was from Cameroon or so and asked her if she knows where money can be changed.

My beautiful sister just maintain her cool. After a while she told them to stop her that she forgot something and BOOM! The jazz clear! She came down and took a Bike straight to my house!

These guys are still out there and anyone can be a victim! These two stories happened on broad day light! This is not early morning or night again! Just be careful and very prayerful!

Thanks for stopping by. Do have a great day and week!