IS GHANA SET TO JOIN THE OTHER COUNTRIES WITH FEMALE LEADERS? 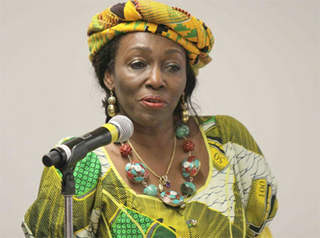 In the news, the former First Lady of Ghana and wife of former Ghana President Jerry John Rawlings has been cleared by the Electoral Commission (EC) of Ghana to run for the 2016 General elections in December. She is the Flag Bearer of the Opposition Party National Democratic Party (NDP) and she has declared to be the First Female President in Ghana.

The EC of Ghana has cleared six Political Parties to contest in the December Polls and they include; the NPP, NDC, CPP, PPP, NDP, PNC and Independent Candidate Jacob Osei Yeboah.

Does she have the Political Experience and Will Power to be Ghana's President?


Nana Konadu Agyeman Rawlings came into the Political Scene when her husband became Ghana's Head of State in 1979. She was First Lady of Ghana for 19 years and had strong political influence during those years. This is not the first time that she had an eye for the Presidency. In 2009 during the second term of President John Atta Mills she was the First Vice Chairperson of the National Democratic Congress. She contested to be her Party's Flag Bearer but lost to John Atta Mills in 2011.


She has been the President of 31st December Women Movement (31st DWM) based in Accra Ghana since 1982 till date. The Mission of 31st DWM is to empower women in all areas of human and national development to enable women make informed choices. She is the most politically exposed Ghanaian and one who is never intimidated.

Globally, Women and becoming Political Popular and Strong-Willed. The whole World just witnessed a strong battle for the White House between Hilary Clinton and Donald Trump. If Ghana is ready to join the rest of the World to elect her first Ghana President the I think it is a welcomed development.

What is her Motivation?
Is it about Good Leadership or about being the First Female President of Ghana?
Will Ghanaian Vote her in?
Won't she be a recycled Politicians (Like the case of Hilary Clinton)?
Is it not time the Younger generation take up Leadership Position?
We are watching to see her join the rest of the World's Female Leaders as shown below; 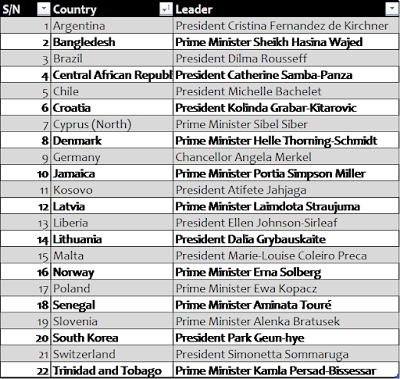 We wish her the best of lucks in her campaign and in the polls!