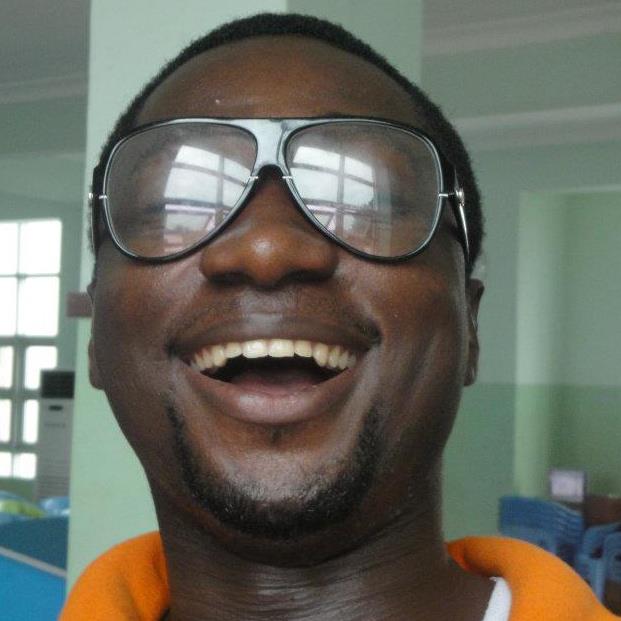 On this edition of Everyday People I am talking about the story of a young life that would have been carelessly truncated. But God saved his Unique Life.

Yes! This Life is Unique! It is Unique because of you. There is no other you. No where in this whole life. Yes Uniqueness. That’s what I am talking about? What makes a life unique is what the individual is. What attracts people or a market to you is that niche that distinguishes you from others. What is your unique selling point (USP)? There must be something you should be known for. I don’t know what it is but you have to think about it and create that uniqueness for yourself.

Back in my younger days, I was back to Lagos from Okigwe for the holidays. I think it was my JSS 2 holidays. We were staying at off Aka Road Sabo Ajangbadi Ojo ,Lagos and my dad’s tailoring shop was at Chicken line in Alaba International Market. That fateful morning, I was going to my dad’s shop as usual to report for duty. I came to Church bus stop to wait for bus going to Ojo, Alaba, Mile 2. It was a working day and people were rushing Moluwe (Very Big Bus) in order to get to work. Men on suit were jumping into the bus through the bus window. Women on skirts were hustling more than the men. I stood there as a little boy not knowing how to compete with these fighters who had lived with the phrase “Eko oni baje”? Just then I saw a very little girl running out from a street into the major road and was heading towards the road to Alaba International Market. A thought came to my mind. I thought the girl was wise. I decided to do a little running to the next bus stop where there will be less people. The girl was still in my front. She got to a bad spot and cross over to the other side of the gutter and I said “what a wise girl”. I joined her to cross. To cut the story short we ran up to Cele bus stop. They girl diverted left to another street while I thought of continuing my journey to Alaba since I am way pass half of the journey. Just as we were about to path ways a mighty hand grabbed the both of us.

The drama of my life began. The accusations began. The explanation began. The “you must die” began. The “bring the tyres” began. What? The man that grabbed our hands has been trailing us from behind with a Good Samaritan’s car. The little girl was his daughter who ran away from the house because she was disciplined for doing wrong. The father accused me of charming the girl and trying to kidnap her. This was the time when “gbomogbomo” (kidnappers) were a prevailing nuisance in Lagos. We go to the market with safety pins clipped to our pants so that our private parts will not disappear. If someone touched us in the market, we put our hands on the part of our body that was touched, do as if we were collecting whatever they had deposited into us and throw them back to the person. Funny you may say but this was real. I did it oo! I don’t know about you!

The man asked me to confess and tell them the people I work for. What? Deeper Life boy like me. Wetin concern me with gbomogbomo group? I explained and explained till my voice couldn’t speak again. They crowd began to gather and the angry mob began to develop. I saw tyres lined up and I knew my fate was decided. I couldn’t talk again. My voice was cracked. I cried and cried to heaven. They said I was pretending and that I must expose my group. One very unique thing about Cele bus stop at Sabo Oniba was that it was known for burning of thieves and kidnappers. I don’t know about now. Then, you could see ashes and the remains of burnt tyres from the previous operations carried out by the ever-ready mobs.

As I was about to be dragged to the spot a Yoruba man that I had not met before came to the scene. He set up a standing court of appeal and the lawyers began their work. The man took me privately to a corner to ask me if I am guilty or not and I pleaded not guilty. He told me that the little girl will be my saviour and that anything the girl said will decide my fate. He brought the girl to the witness box and asked the girl some questions. The girl answered and concluded by saying that she didn’t even know that I was following her from behind and that I never spoke a word to her. Her father screamed and said that he watched us from Ajangbadi to Sabo and he saw us closely together and following the same route. True. But I didn’t even see the girls face.

Finally, I was vindicated. I was asked to go. My voice was gone and my life was empty. I walked to my dad’s shop and up till now, my parents and family never knew what happened at Aluu Sabo Oniba Lagos.

What if the girl in order to exonerate herself had implicated me?
What if that man never appeared from nowhere?
What if the tyres were put on me?

Just a week after, I saw that same man pass my hidden Ayangbalo Street at Ajangabdi and I ran to meet him. He recognized me. I had never seen him on my street before and that was the last time I saw that man till I left Lagos state. I think he was my guardian angel. Yes! God used him to rescue me. Time will fail me to talj about the process it took the man to get me off from that mob that day. But I am here strong and balling!

This thing called life is so unique but you have to know what uniqueness means to you. I met an Angel. It made my life so unique. Then I knew that I am unique and my unique selling point is just me. What I live for. I live to help. Someone helped me to be alive today. That’s my USP. What is your USP? Think about it today and define it TODAY! The Aluu four became popular and known for something at the point of departing this world. They didn't get the chance to show the world the stuffs they are made of. They didn't get the time to show us their USP. I know you wouldn't want humanity to remember you by the circumstances of your death or birth. But be known for something. Create uniqueness for yourself!

As I celebrate my birthday today 5th of June 2017, I want to thank God specially for that day. He sent an Angel to intervene in my situation.

Have you ever been in this situation before? Where you are accused for what you did not do? Thank God you were rescued because a lot of people have gone through that channel. So, next time when you see a mob trying to kill someone, don’t just stand and condemn or join the mob. Try to be objective and alert the appropriate authority.

Happy Birthday to me! Won't you wish me a happy birthday?